A scene in the Bonanza arcade shows the juvenile delinquent Kelly playing air hockey for money. 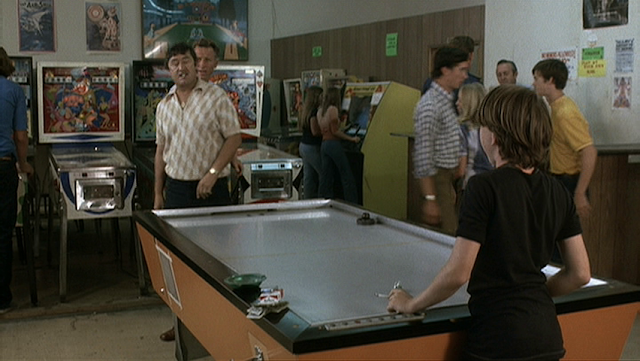 In the background on the right may be a few more amongst some other arcade games, but too they are hard to make out. There is a racing car game which looks much like a Gran Trak 10 (Atari, 1974), but the side of the cabinet has been repainted a solid color instead of the stencil art, and the front art doesn't quite match either... 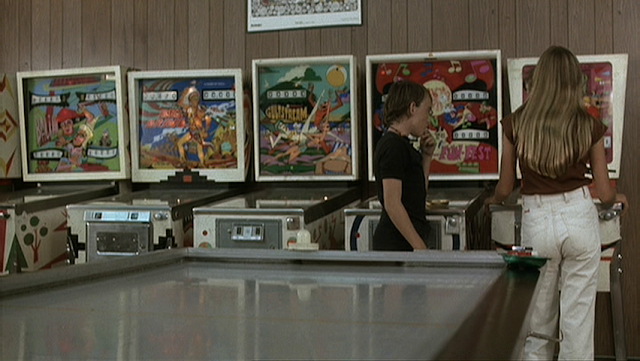 Bali-Hi is apparently a rare game, with only 80 units ever made, however, it can also be spotted in an episode of The Rockford Files ("Dirty Money, Black Light", season 3, 1977).

Then Tatum walks in and plays him on condition that if she wins, he has to play ball with the Bears, and if he wins, she goes on a date with him... 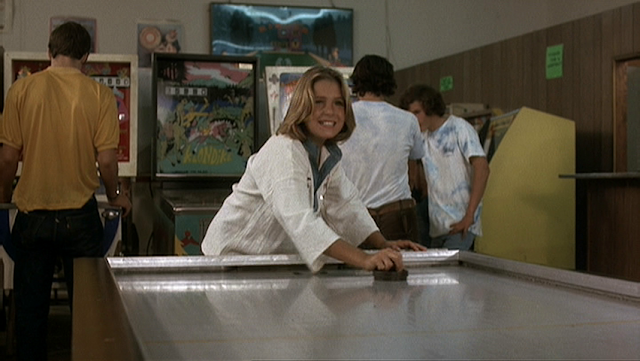 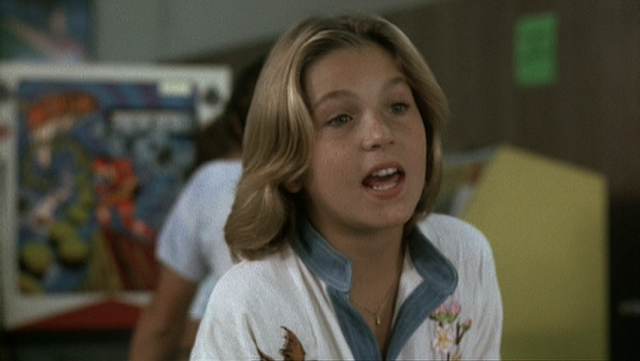 For whatever reasons, they decided to remake this classic. The air-hockey battle/bet has been "modernized" to a skateboard battle, but  since it was directed by our pinball-loving friend Linklater, he managed to squeeze in a couple of pinball machines, although they are only onscreen for less than 3 seconds. 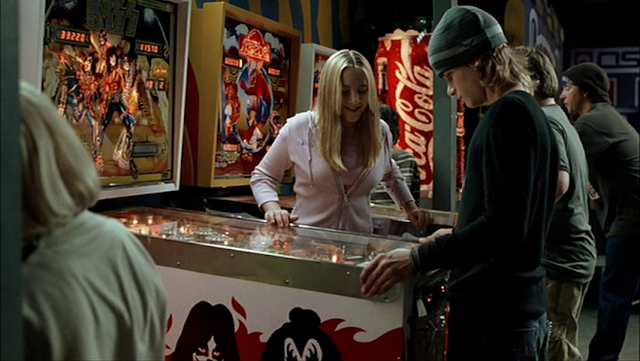