A young German fresh out of college hitch-hikes to Paris and meets up with a lovely American girl, who he ends up following to Ibiza, where they live a hedonistic lifestyle in the sun and eventually become heroin addicts. Of course, the main reason I watched this was because Pink Floyd did the music for it.

Anyway, before meeting the girl, he befriends a guy in a café, who plays a few games of Ship-Mates (Gottlieb, 1964)... 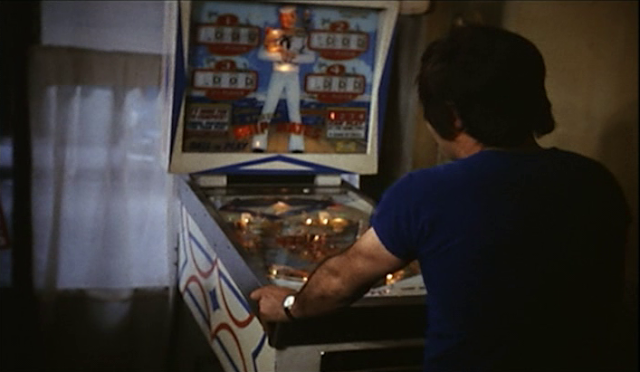 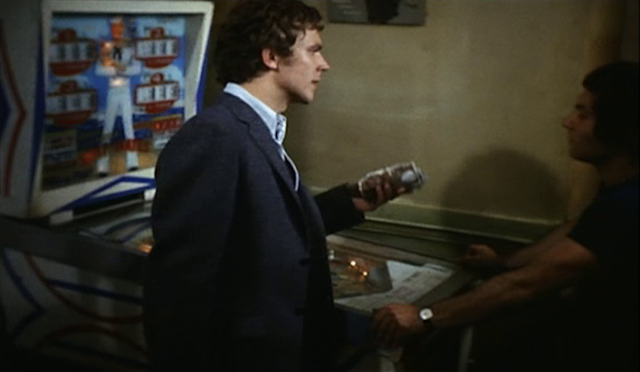 Great comedy based on Woody's play wherein he gets love advice from an apparition of Humphrey Bogart, and there are several references to Bogie's films, especially of course Casablanca.

Woody and his cute date go into a questionable bar and some bikers are beside a couple of wedgeheads... a Central Park (Gottlieb, 1966) and a Cross Town (Gottlieb, 1966)... 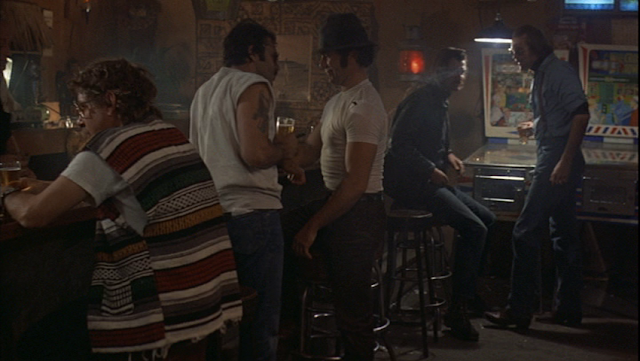 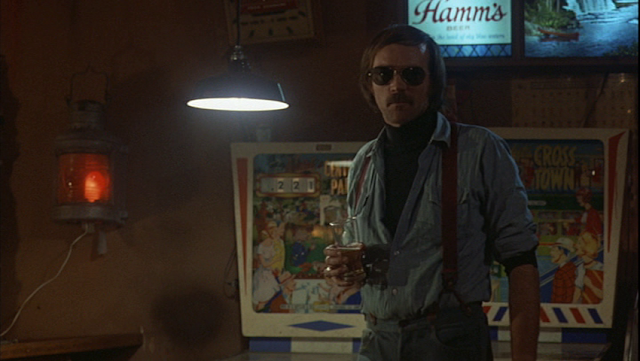 One immediately sits at their table, then calls his friend over and they hassle them and try to steal his date from him... [yes, there is no pinball machine in this photo... just had to get Woody in there...] 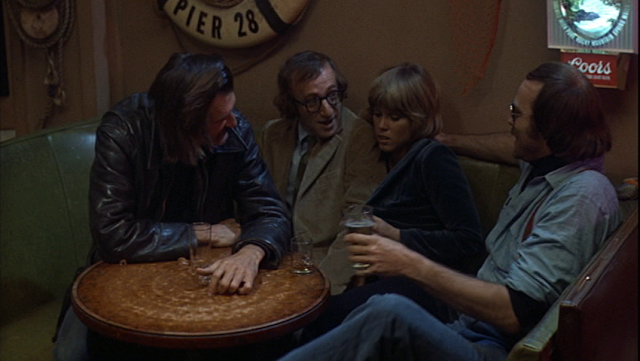 Woody ends up snapping his chin down on one guy's fist and hit another one in the knee with his nose.