Skeeter (Gator's grandpa) plays a Rack-A-Ball (Gottlieb, 1962) on the porch of the family home... 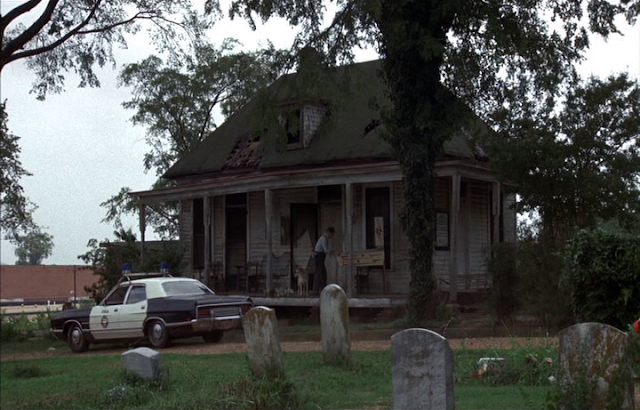 There are flippers, but he doesn't seem to use them much, preferring to nudge the machine like in the days before flippers. 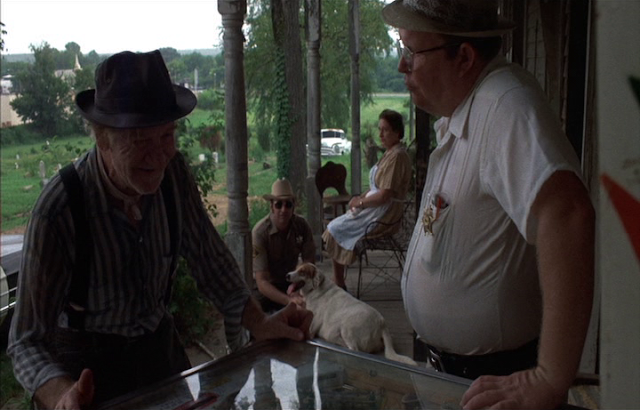 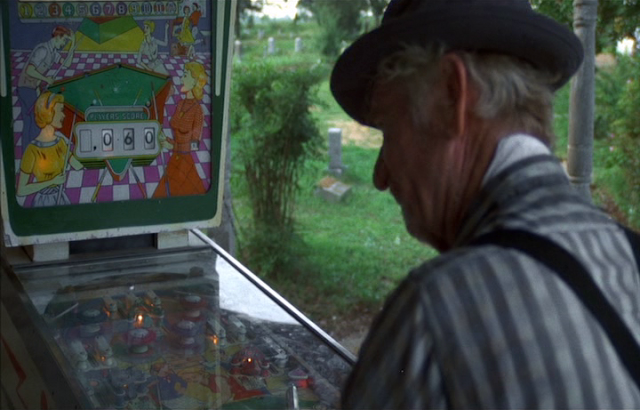 Sears-Roebuck may possibly have distributed Gottlieb pinball machines. The only info I could find on this is that they sold a bagatelle table called "Happi Time" in the 1930s.

Scene 1: Southside Shuffle Disco... Jerry Reed goes in to collect his protection money and we can spot a couple of pinball machines in the background: on the left is a Pot 'O' Gold (Williams, 1965)  [although the cabinet might not be right.] On the right is a Playtime (Chicago Coin, 1968)... 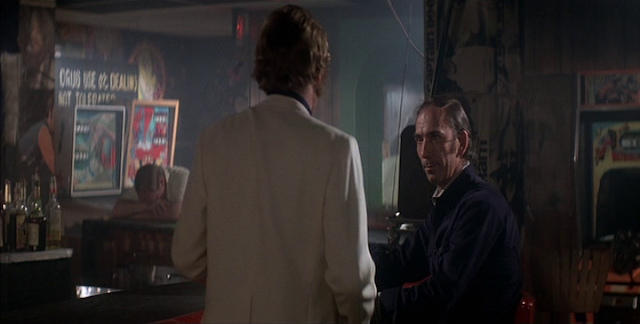 On the right of the image, there seems to be an arcade game, which at the time would likely be a car-racing type or a rifle/shooting type? 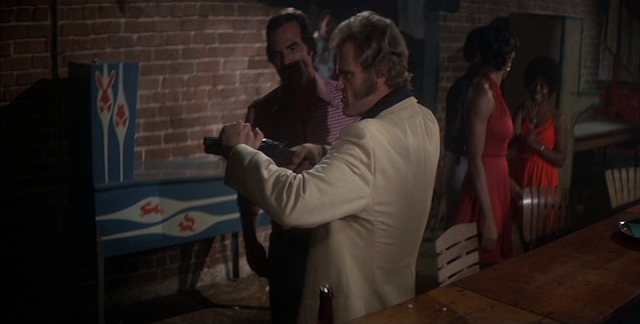 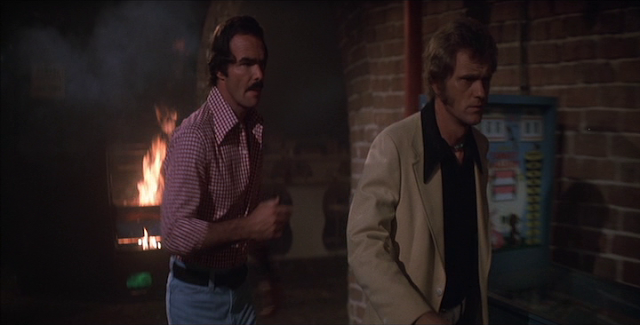 80s-style music video style and I can't say that there's much substance. Anyway, the main character walks into a café and we spot a Genie  (Gottlieb, 1979) pinball machine... 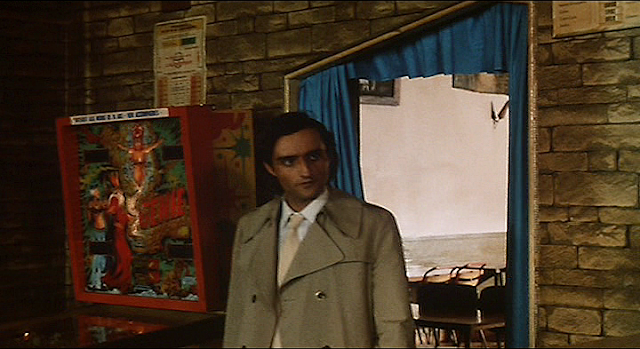 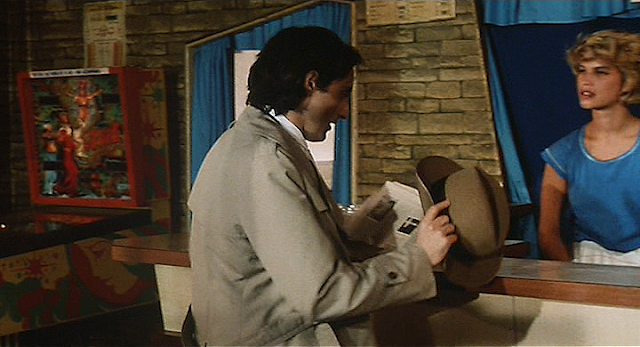 The film's director talks about the opening credit sequence which is a chain of seemingly innocuous little events, each one leading to the next and that eventually bring us to the introduction of the main character.

The credits are still going when we spot the pinball machine, and in the director's commentary on the film he says "The random bumping of the balls, like random events in life, striking each other, being the cause of other events, kind of a definition of fate. Very topically correct for the film."... 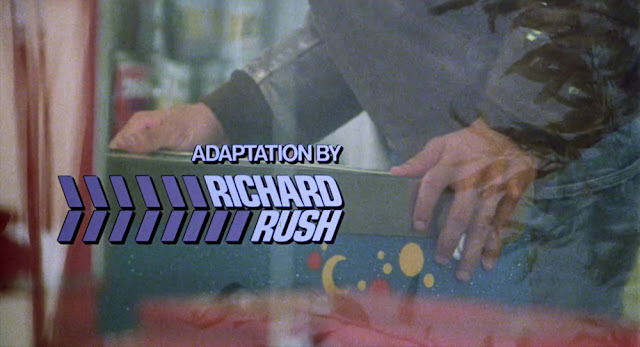 While the guy is playing, a friend walks by and comments:  "Hey, Morton! Is your ass attached to that machine? You wiggle it, that's gonna make ball go where you want it to, huh?!"

Then there's a shot with an anxious man in the foreground watching the cops walk into the place, and we see the whole pinball machine, which is a Fireball (Bally, 1971)... 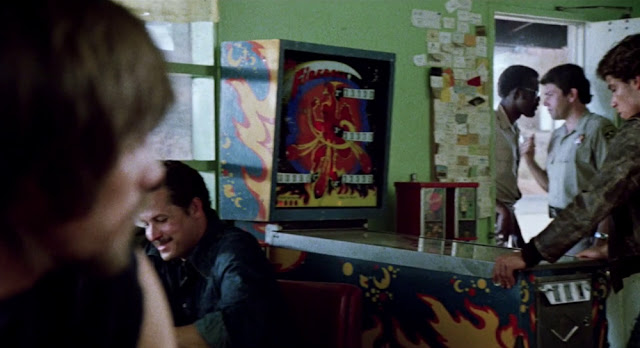 The cops go to order some food and the anxious guy (Cameron) walks over to the pinball machine, trying to play it cool, but the cops come over... 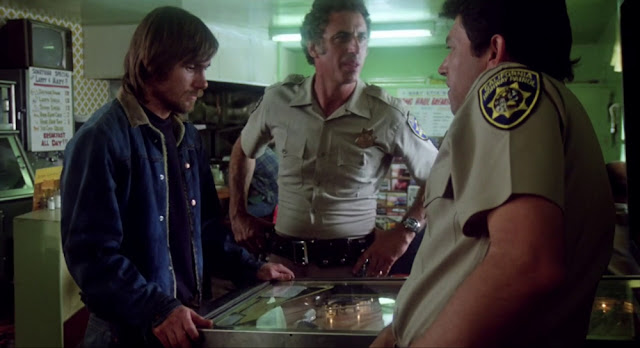 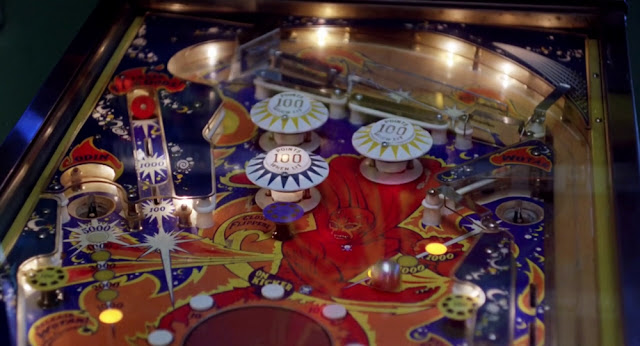