Newman plays Harper, a private investigator who gets embroiled in a case and meets some crazy people. His character is a little bit of an S.O.B., tough, but loses some fights, quite witty and very entertaining to watch.

In some joint, he pumps a waitress for information next to a pinball machine... 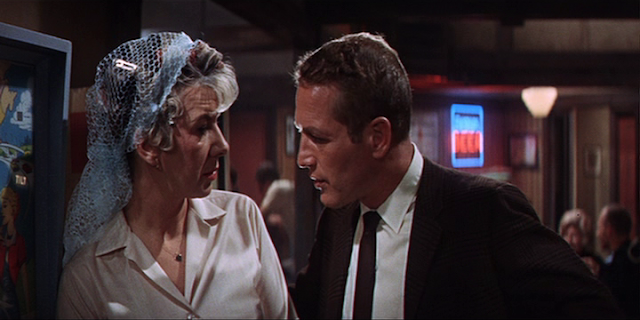 He then talks to the barman, and finally asks for some dimes, walks over to the pinball machines -- Cross Country (Bally, 1963) and Go-Cart (Keeney, 1963) -- sticks his gum under a table, but before he's able to coin one of them up, he hears a cop car screech in and he goes to hide in the restroom to avoid them... 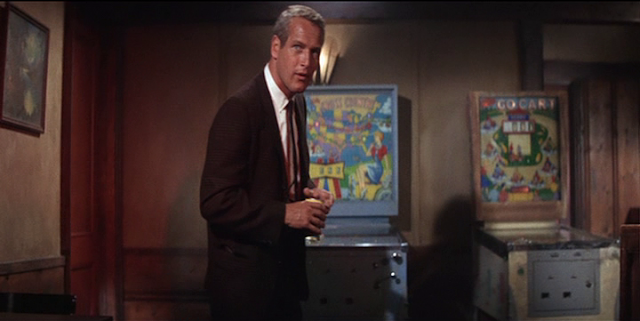 Although this blog is not about jukeboxes, this one was intriguing and easy enough to identify, so why not... At one point Harper ends up in a bar trying to get some info from Shelley Winters. We can spot a 1963 Rowe/AMI JAL model jukebox with a cool little animation thing (here's a fuzzy animated GIF showing that a bit)...

Nine years later, they made a sequel called The Drowning Pool (USA, 1975)  and Harper embarks on another adventure. It was directed by Stuart Rosenberg and starred Paul Newman, Joanne Woodward, Anthony Franciosa, Melanie Griffith...

There's a scene in a bar where Harper talks to Richard Jaeckel and in the background, blurry, I believe is a pinball machine, but of course, too hard to identify. There appears to be a jukebox as well, again, too blurry to identify... 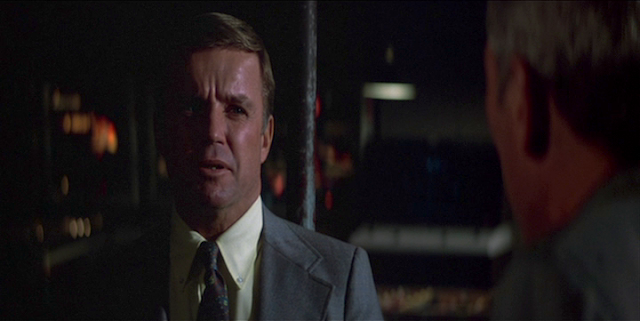 Paul Newman also starred in The Hustler (USA,1961) which features several pool halls. There are no pinballs, but there are some interesting coin-operated machines... 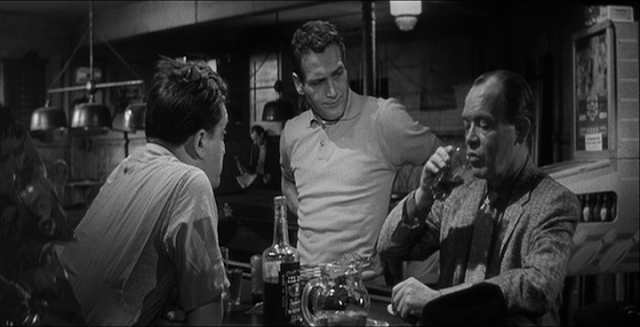 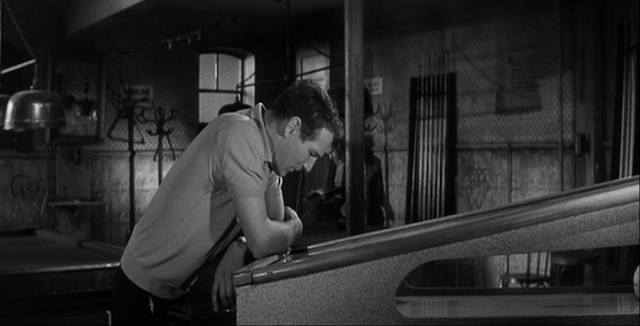 In a later scene in a bus station, we can spot a Deluxe Short-Stop (Williams, 1958) baseball (with part of cabinet painted over in a solid color), a rifle / gun game that looks like a Crossfire (Williams, 1956) and a Ten Strike (or Ten Pins), (Williams, 1957), a two-player, mechanically-animated manikin bowling game... 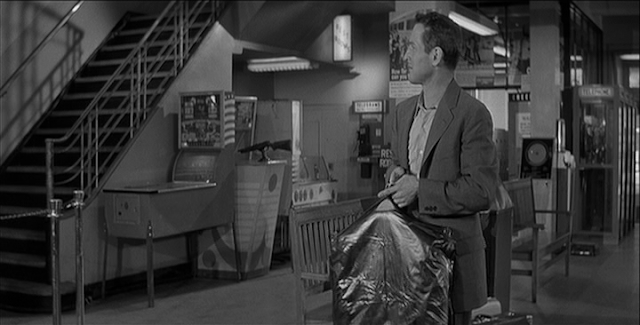 In the rest rooms, we can spot a Zodiac fortune teller / horoscope machine. It appears to be an "Astroscope", made by Crabb Manufacturing circa 1939. I spotted this machine before, in Dazed And Confused (USA, 1993), see this post... 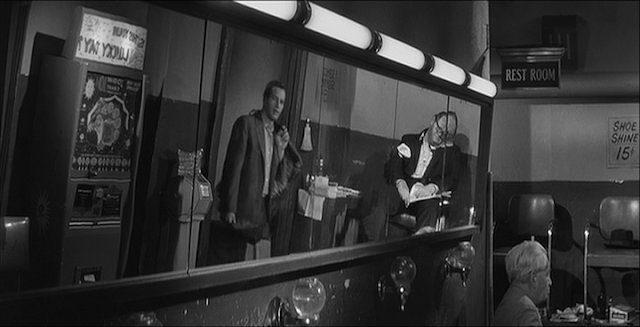 The "Is this your lucky day?" seems to be an optional topper... 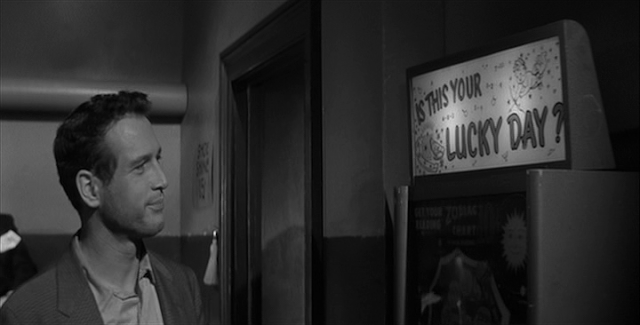