Pure gold comedy classic with Belushi and Aykroyd expanding their characters from a Saturday Night Live sketch into a feature-length film. A fun ride (whilst being chased by cops) and filled with great funny lines. The list of musical talent in cameo and supporting roles is unbelievable...  Cab Calloway, James Brown, Ray Charles, Aretha Franklin, John Lee Hooker, etc. etc.

In the scene where the Blues Brothers invade Bob's Country Bunker (where they have both types of music: country and western), we can spot several machines... 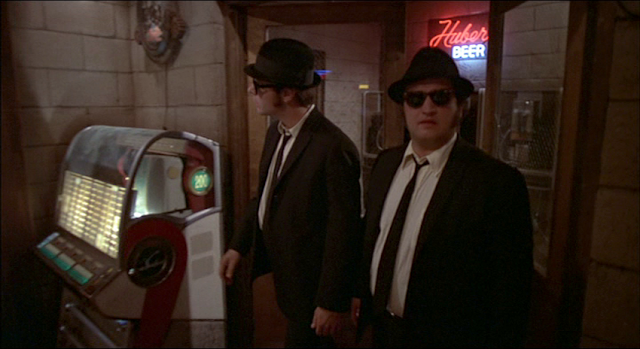 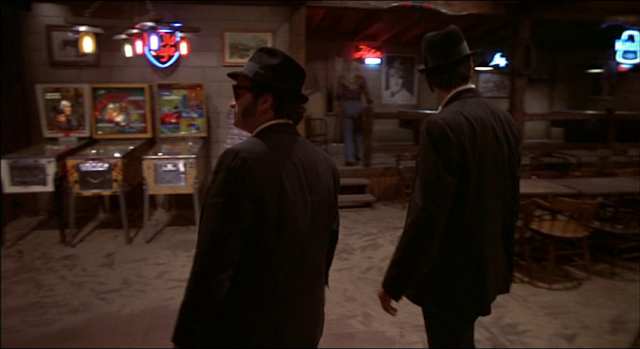 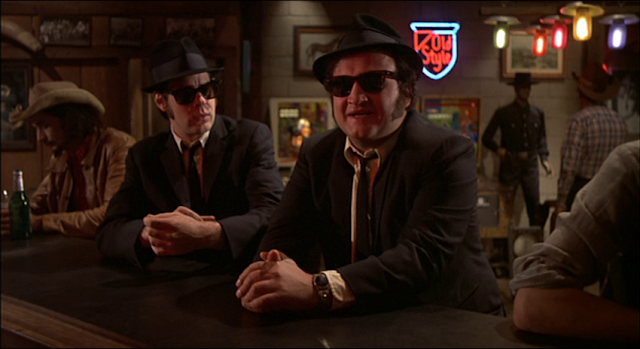 The famous chicken-wire fronted stage, flanked on both sides by a pinball machine. The one on the left is too hard to make out. The one on the right is a wedgehead, which I'm pretty sure is a Buccaneer (Gottlieb, 1976)... 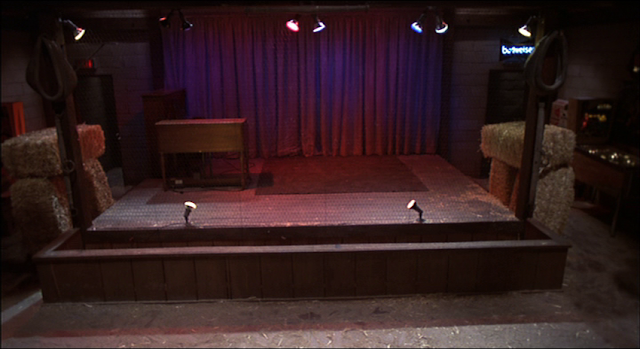 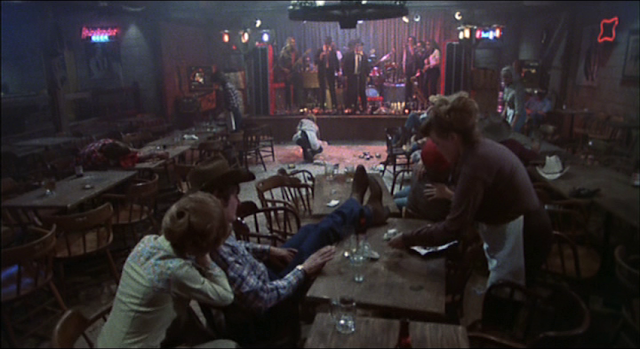 During the set, Bob expresses his appreciation for the "The Good Ol' Blues Brothers Boys Band" whilst his patrons play the 4 Square and Monte Carlo machines seen earlier. On the wall is a warning to minors about a $500 fine, which, if it's for playing pinball, seems pretty steep... 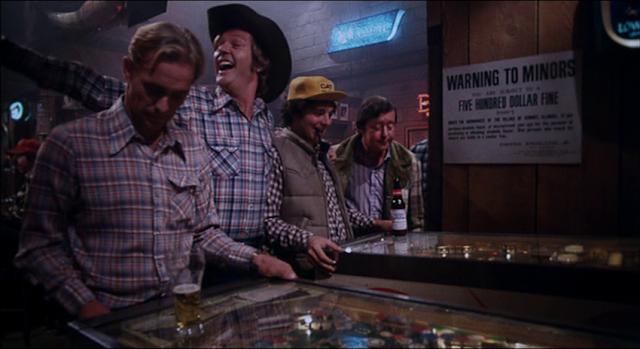 Bring me four fried chickens and a Coke, please. And some dry white toast.