Whereas Linklater's Dazed and Confused (1993) [previously covered in this post] was the high school years, this one is Dazed and Confused Goes To College. A disappointing movie, but the director's love of pinball shines once again with this lineup of very classic machines in beautiful condition, including Black Knight (Williams, 1980), Gorgar (Williams, 1979), Lost World  (Bally, 1978), Space Invaders (Bally, 1980), Kiss (Bally, 1979), and Capt. Fantastic and The Brown Dirt Cowboy (Bally, 1976). 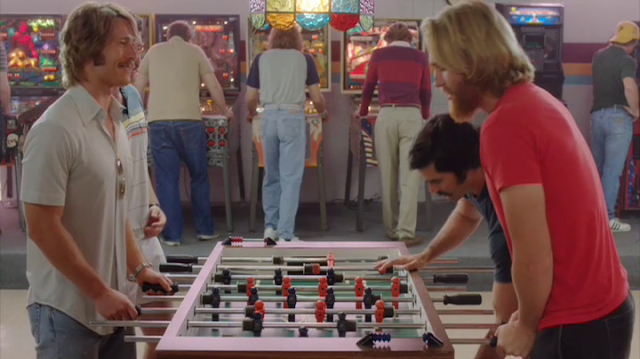 There are also a couple of classic video arcade games... Battlezone (Atari, 1980), which is a slight anachronism, since the movie takes place August 28 to September 1, 1980, but this machine was released in November of that year), and Space Invaders (Midway Manufacturing Co., 1978)... 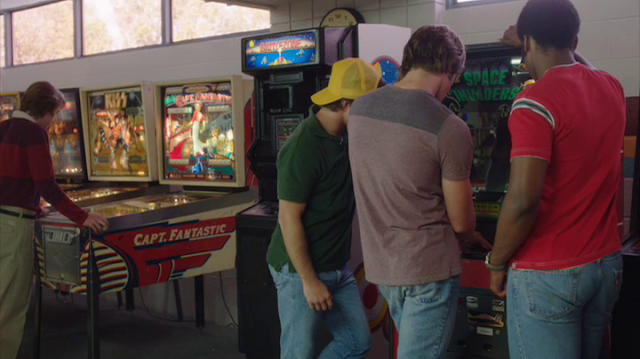 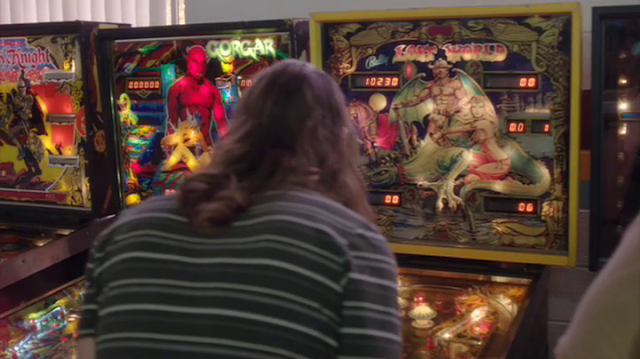 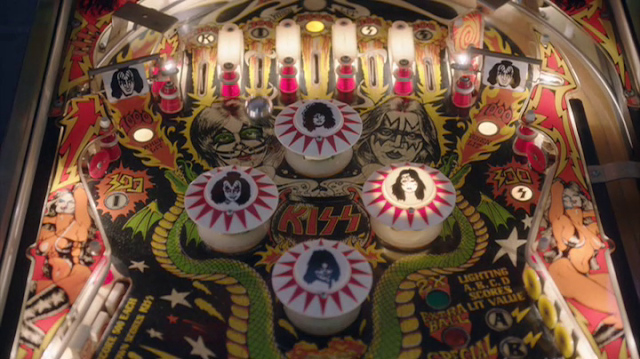