This is the first Canadian film to be featured in this blog.

This is a pretty bad & silly movie, targeted no doubt at adolescents of the era... a flimsy plot stringing together juvenile pranks, and shots of bra-less girls in short shorts (and of course a few topless shots). It was shot somewhere in the suburbs of Montreal, along the St-Lawrence river, much like the town I spent my formative years.

The basic “plot” features some rivalry between two van-driving guys and a motorcycle gang, which culminates in a pinball contest at a local arcade to win a machine as well as a date with the Pinball queen. 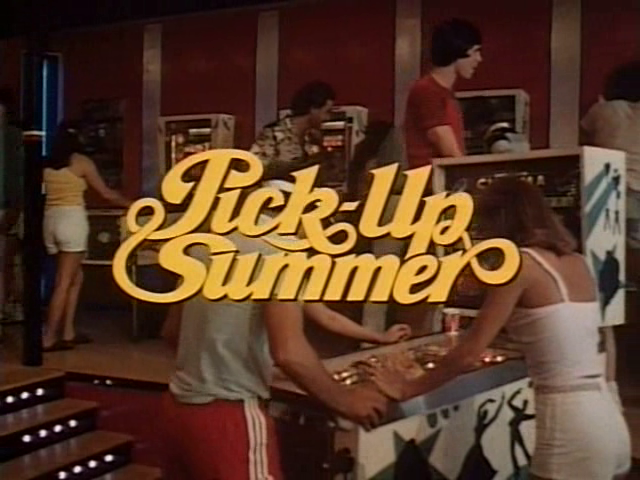 The motorcycle gang bad guy uses a coin on a string to get a free credit on a machine but is confronted and kicked out of the arcade...
Power Play (Bally, 1977) and Grand Prix (Williams, 1976)... 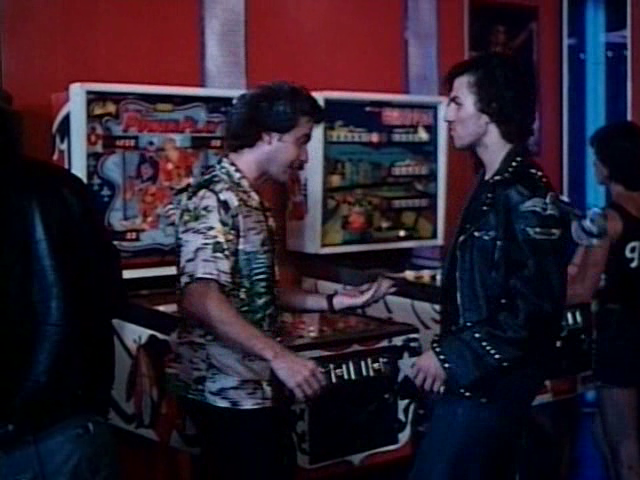 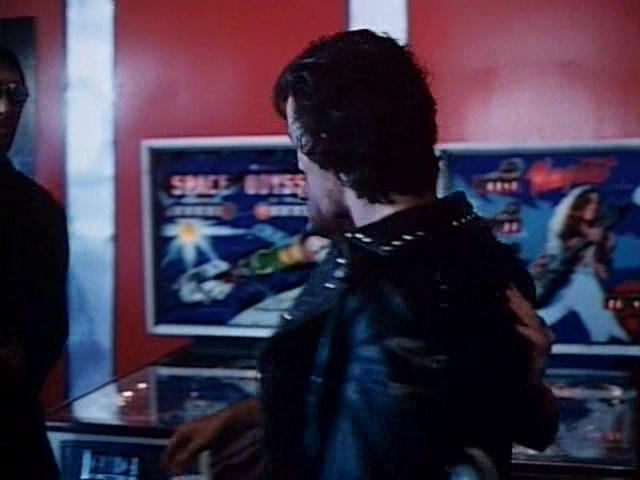 In OJ’s, the favorite burger joint where they all hang out is “Arthur” The Talking Pinball Machine, which is a fake machine. When a coin is dropped into it, it says “Ready to challenge this wild and crazy pinball machine?”, and the mouth flashes when it talks. The backglass looks like it was originally from a Nugent (Stern, 1978) machine, with new artwork painted in... 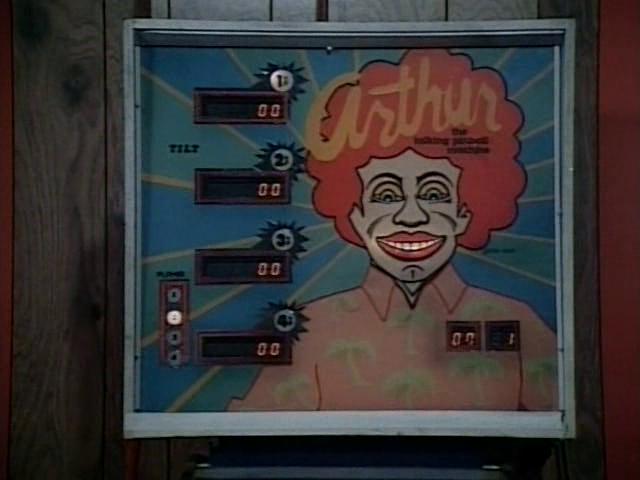 There are two scenes when this machine is played. In the first scene, the playfield they show is actually a Dragon (SS version)  (Gottlieb, 1978) [depicted below]. In a later scene, it’s a different playfield, actually from Volley (Gottlieb, 1976)... 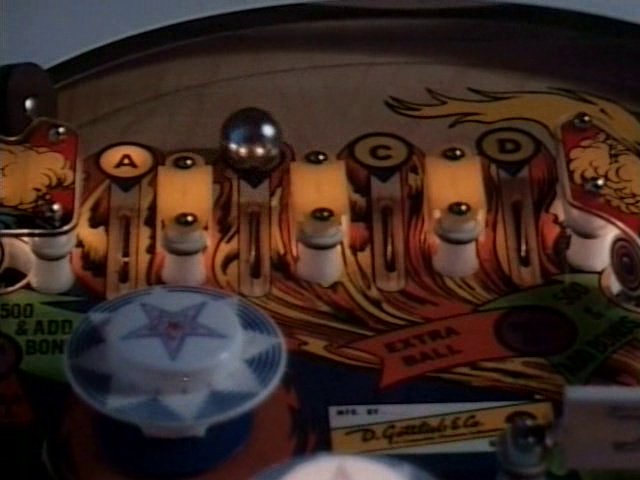 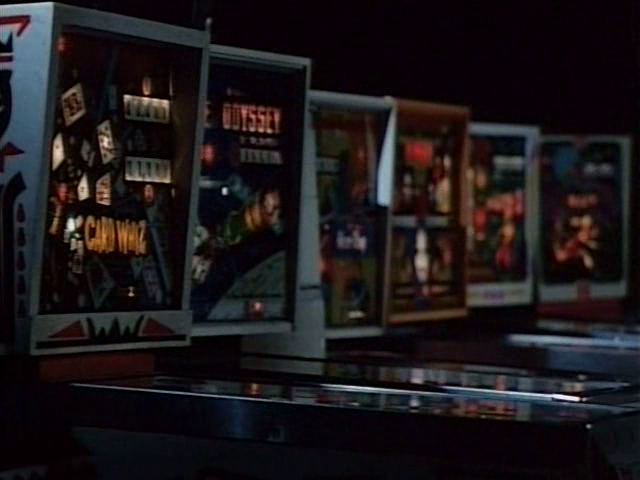 Throughout the movie there are machines here and there, some of the same ones moved to different locactions. And others like Card Whiz (Gottlieb, 1976). Can’t show them all in this post.

At an outdoor party, a game of strip pinball between Sally the buxom waitress and Whimpy the pinball repair guy involves a Disco  (Stern, 1977) machine. Since this is a family blog, and one barely sees the machine, I will refrain from showing the inevitable topless shot (they can be found elsewhere on tumblr!). 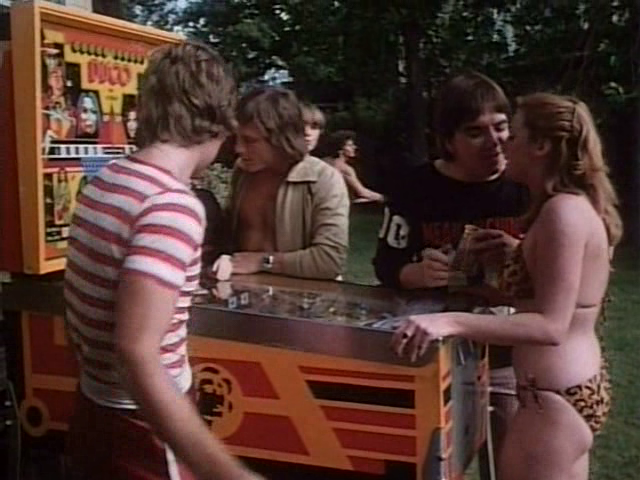 Back in the burger joint, the girls play the fake “Arthur” machine, with the playfield from Volley (Gottlieb, 1976)... 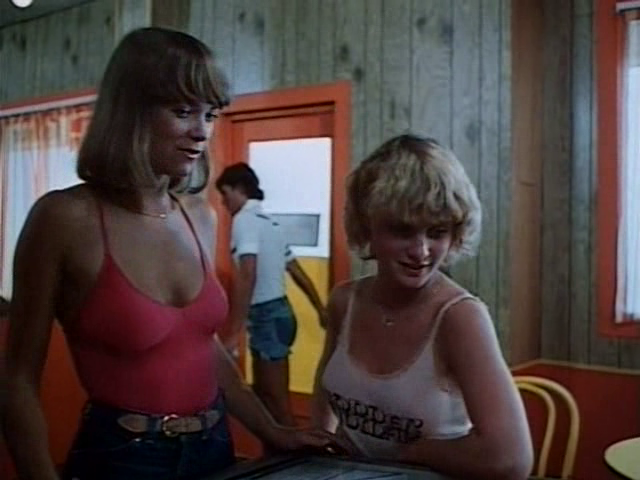 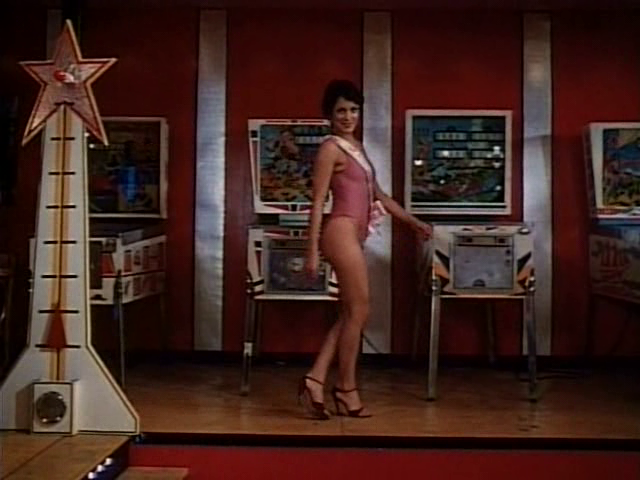 The playfield is a repainted Power Play (Bally, 1977), which is fitting for a Canadian-made film, since the original Power Play has several Canadian flags in the artwork.

The new artwork depicts characters and other elements from the movie... the motorcycle, the van, the police, the burgers, the girls. Here’s a partial playfield I pieced together using various stills... I had to resize, rotate and skew some... 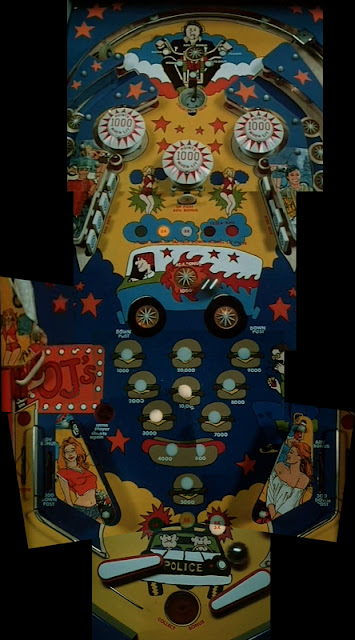 The backglass was also repainted, again depicting characters from the movie... 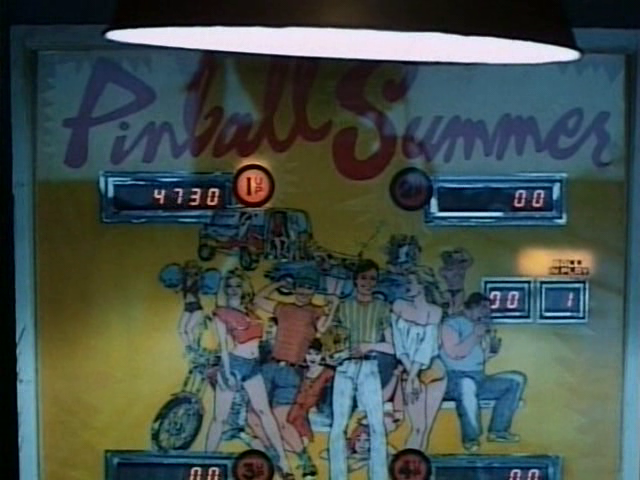 There’s a car chase at the end, and the prize pinball machine ends up rolling down the road. Here we can see the side of the cabinet which is from the Nugent (Stern, 1978) machine, unrepainted.  Ride, Sally, ride!! 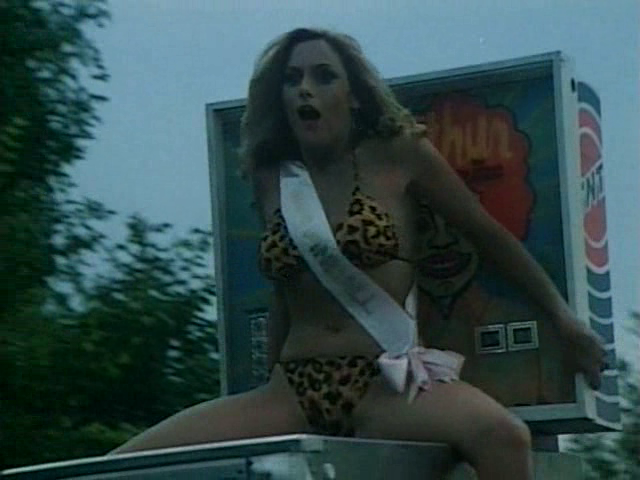